Nose and six-pack – Men go under the knife for this

It’s not just vanity when men put themselves under the knife and have their noses done by a beauty doctor or have a six-pack modelled. After all, good looks make for more success – in finding a partner, in your career and in your own self-esteem. That’s why every sixth patient who visits the aesthetic plastic surgeon is now male. And the trend is rising! Because life rewards those who are beautiful. Those who are aware of their positive effects automatically radiate more self-confidence and joie de vivre. This pays off in the popularity ratings.

The six-pack – dream of all men

Many men are denied the desire for an attractive washboard stomach. Either they are too busy at work and in the family to visit the studio regularly. Or the genetically determined fat depots in the abdominal area cannot be induced to retreat even through the most intensive training. In these cases you should talk to the specialists for liposuction in Turkey. They are able to produce a six-pack with targeted modelling and special suction techniques.

Sixpack modelling is a procedure that has been successfully used in Turkey for many years. The abdominal muscles are more strongly accentuated by targeted suction of the fat and do not require implants. Of course the results are much more impressive in men who already have a defined flat abdomen. This is one of the reasons why the specialists in the Turkish special clinics first conduct intensive consultations with the patients about their wishes and chances.

Before the procedure itself, the contours of the areas that will later appear as a typical six-pack are drawn. After the fat has been loosened up by means of ultrasound, thin cannulas are used to suction the fat. What remains are well-defined elevations that deceptively resemble the typical washboard stomach. The procedure itself takes between one and two hours and the patient is able to resume work after a few days.

A narrow and straight nose is considered ideal. But nature means differently with many men and gives them hump noses over the saddle, broad, tuber and balloon noses up to the crooked noses on their way of life. No wonder that more and more men opt for a so-called rhinoplasty, in which the nose is reshaped. Often the decision is made to go to one of the special clinics in Turkey. The local specialists are known for being especially trained for the individual challenge of rhinoplasty for men. This is because the operations are among the most demanding cosmetic surgery procedures and differ significantly from female plastic surgery in many areas.

The aim of the operation is to integrate the nose into the visual field as harmoniously as possible. This not only requires an experienced surgeon, but also a mastery of the special instruments used for successful nose surgery. The operation is always carried out under general anaesthesia. The instruments required for the operation are inserted through the nostrils. In this way, the removal of a nasal hump works in the same way as the filling of a saddle nose. 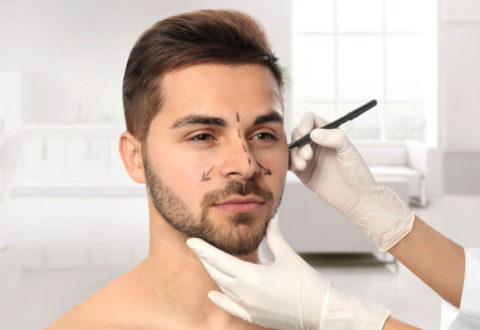 Nose surgery before and after the operation

The specialists first subject the patient to a comprehensive pre-operative examination with blood sampling, ECG examination and analysis of his general state of health. The procedure is expected to take three to four hours. After only a few days, the patients can resume light everyday activities. From the second week onwards, they can resume normal activities, but not engage in physically demanding activities