The “i” in iLASIK stands for “individual” since this will be adjusted to the individual patient. 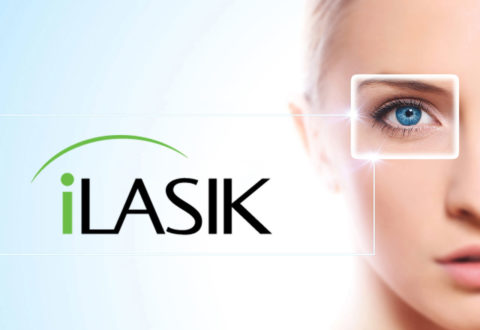 With iLASIK, it is possible for the first time to tailor all the steps of the operation individually to suit the patient. The ability to adapt to individual-specific features allows an individual correction of the defective vision and leads to an optimized result: Individual Best Vision.
The technology which is used in the iLasik Method is tested and completely trustworthy. Today even NASA and the US army send their astronauts or pilots for an iLASIK treatment. The iLASIK method gives the best results even on people who possess a powerful and exceptional visual talent, such as astronauts and pilots, who are exposed to extraordinary natural conditions. These results can be achieved by iLASIK treatment.

1. Step :
The “genetic fingerprint” of the eye is individually determined using Wavefront-3D measurement analysis and taken into account during the treatment of the cornea.
2. Step :
iLASIK treatment uses the latest technology available. It is performed on the cornea; the flap is produced without cutting. iLASIK guarantees an excellent result. The laser surgery using IntraLase accelerates improvement after surgery. The contactless Femtosecond laser allows the preparation of individually designed optimal corneal flaps with faster wound healing.
3. Step :
Your tailor-made laser eye treatment: After the wave scan technology, your personal profile is created using further innovative technology without cutting your corneal flap. Now your vision will be improved within the scope of the iLASIK treatment with the Advanced CustomVue technology. Everything is consistent with the principle of personal visual quality combined. The Excimer laser system ensures the individual treatment by coupling with the wavefront analysis, fully automatic iris recognition as well as variable spot scanning and variable laser pulse rate.

It refers to the combination of wavefront-controlled LASIK and Femto-LASIK.

During the wavefront analysis, the refractive power of the eye at over 200 different points is measured. The data provides an individual “fingerprint” of the eye. The individual surgeon determines the dimensions of the corneal section such as diameter and hinge position. The corneal ablation is based on the wavefront analysis: At each point of the cornea, the refractive power is specifically corrected.

The Aberrometer works in the following way: first, light is sent into the eye and collected precisely on the retina. The wavefront measures the light reflected at over 200 points in the eye using tiny optical sensors. The run-time error of light is recorded and entered on a so-called wavefront map. If the eye does not have any defects, then the light will be reflected in the same way as Wavefront. When there is a defect, however, the light reflected produces an irregular wavefront. These irregularities can be due to refractive power error, such as with a sphere and cylindrical shape and other effects interfering with the picture quality, known as higher-order aberrations.

The wavefront map corresponds to a graphic representation of all the image defects of the optical system and is therefore often called the “fingerprint” of the eye.

The Wavefront System uses the Hartmann Shack Aberrometer, which records 240 different measuring values and 100% of them with the unique VISX Fourier Algorhythmus. It, therefore, guarantees an exact result. The WaveScan wavefront system supports iris recognition and is connected with the laser VISX Excimer system for optimized wavefront-guided treatment.

The iLasik or Femto LASIK is computer-controlled. The contactless femtosecond laser has replaced the hand-held mechanical Microkeratom, which was traditionally used in the first step of LASIK to cut the cornea. The femtosecond laser is used to correct high corneal curvatures (astigmatism Keratotomy) by the implantation of intracorneal ring segments and by a corneal transplant. The femtosecond laser guarantees stable corneal flaps with improved wound healing and higher biomechanical stability. Since the laser cutting induces hardly any aberrations, the Femto LASIK delivers better results. By avoiding editing-related complications, it increases the security of the operation.

The Excimer laser system ensures the individual treatment by coupling with the wavefront analysis, fully automatic iris recognition, variable spot scanning, and variable laser pulse rate. The Excimer laser, developed at the end of the 1970s, produces radiation in the ultraviolet wavelength range. The light pulses occur in a high-pressure gas mixture transferred at a high-voltage discharge of 25,000 volts in an energetically excited state. Special computer-controlled optics form the laser pulses. They are distributed over the cornea so that the desired modeling is achieved by eliminating short-sightedness and long-sightedness, corneal curvature, and eyes with higher-order (aberrations). 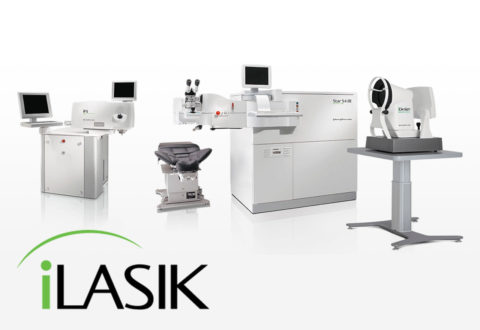 Variable Spot Scanning, Variable Repetition Rate
While the first Excimer laser sent out a laser beam with large diameters, more modern devices use a very small beam diameter, which moves at a high frequency over the cornea (“flying spot”). It is registered using a feedback mechanism, where the laser has already removed corneal tissue. By selective removal, a more accurate and more sparing treatment on the cornea is possible since the same point is never treated twice.

The VISX STAR S4 IR Excimer laser has a variable Laser beam, i.e., the diameter can vary from 0.65 mm to 6.5 mm. Also, the laser pulse rate can be adjusted from 6 to 20 Hz. Overall, the same result can be achieved with less corneal ablation, which is especially advantageous for patients with a thinner cornea.

Eye trackers are an essential part of modern laser systems. Eye trackers detect even minimal and involuntary eye movements and quickly equalize them: sensitive sensors and cameras observe the pupil’s position with approximately 120-240 measurements per second. When the eye – or the patient’s head – is moved during the laser treatment, a signal is sent to the laser eye tracker and reports the changed position. The laser adjusts its ablation profile to the new position and follows the eye movement; therefore, it is called The Eye Tracking System.
Simple Eye trackers are only able to capture horizontal and vertical movements (in the x and y-axis). New technologies – such as the VISX STAR S4 IR Excimer laser Iris recognition – enable it, in addition to taking rotatory (circular) eye movements in the z-axis into account.

Operational risks can be reduced to a minimum through responsible action and quality management but cannot be completely ruled out.
There are possible solutions for all complications. The use of state-of-the-art technology, further regular training, and the experience of the operators make a decisive contribution to minimizing the risks associated with iLasik interventions.

What does iLASIK™ stand for?

The terms iLASIK™ and LASIK differ only by a single letter and accordingly denote a similar procedure. The i stands for individual and indicates that it is an individual LASIK procedure.

What are the advantages of iLASIK?

Since iLASIK™ combines Femto-LASIK and Wavefront LASIK, the advantages of the individual procedures add up. At iLASIK™, Femto-LASIK uses a femtosecond laser to optimize the sectional image. The wound healing process is shorter, and side effects are usually somewhat less severe at iLASIK™. Dry eyes are less frequent or less pronounced.

Which visual deficiencies are corrected by iLASIK?

You have to consider your own ametropia and dioptre strength.

Long-sightedness: up to +4 diopters

Astigmatism: up to +5 or +6 diopters (depending on the provider)

These values may vary slightly. Therefore, you should have the possibility of an eye laser correction with iLASIK™- checked by a specialist.

How does the iLASIK™ treatment work

If you correct your myopia, hyperopia, or astigmatism using iLASIK™, there is an individual preliminary examination and an individual intervention. The preliminary examination: At iLASIK™, the cornea is determined utilizing a diagnostic device as a kind of 3D map. The measuring points are passed on to the laser so that an individual eye correction is possible. The preparation: The corneal flap is made through an accurate and precise femtosecond laser. The procedure: The individually created measurement data are used to correct your defective vision even more precisely, accurately, and therefore more gently. The treatment time is painless.