Lose weight with our 30 years of experience!

Lose weight with our 30 years of experience!

Bariatric Surgery (also known as stomach reduction and weight loss surgery) is a medical term for various surgical procedures that aim to reduce weight, especially in cases of severe overweight – obesity. The individual surgical options that are performed for bariatric surgery in Turkey differ in the effectiveness of weight loss. So-called weight loss surgery is a specialty of abdominal surgery that aims to reduce severe obesity by reducing the volume of the stomach. In some cases, more extensive interventions are performed in the intestinal area to achieve the goal.

The weight reductions achieved have more than just a cosmetic effect. Rather, studies indicate that the weight reductions achieved have a positive effect on the metabolism and produce so-called metabolic effects. Blood sugar levels in diabetics improve dramatically and other diseases associated with obesity, such as high blood pressure or elevated blood lipid levels, have been shown to improve. On the other hand, surgery is often considered only when other types of treatment fail to achieve weight loss.

Gastric reduction should only be considered under certain conditions. These include that the combination of nutritional counseling, exercise training and behavioral therapy have not led to any change even after twelve months. In addition, the body mass index should be at least above 40 for men and between 35 and 40 for women, which is why diseases such as diabetes, high blood pressure and sleep apnea are already attributed to this. For patients over 65 years of age, surgery is considered only in exceptional cases. In addition, the patient must agree to lead an active lifestyle with a balanced diet after the surgery. Gastric dilatation is not recommended in the case of a known cancer, an eating disorder that has not yet been treated, a generally poor general condition, or previous operations or damage to the gastrointestinal tract.

The integration of a gastric band is a minimally invasive surgical procedure that does not result in vitamin deficiency symptoms because the entire gastrointestinal tract can absorb vitamins and trace elements unchanged. Especially people with an overweight from a BMI value of 35 benefit from the insertion of a gastric band in Turkey.

The so-called Sleeve Gastrectomy surgery is also a form of stomach reduction. During the procedure, a large part of the stomach is removed, leaving only a tube-like remnant. As a result, the patient experiences a feeling of fullness much more quickly when eating. After 6-8 months patients can lose up to 60-70 percent of their excess weight.

When body mass index (BMI) is over 35, gastric bypass surgical procedure is considered. A large part of the stomach and small intestine are bypassed and eliminated in obese people. Thanks to the small stomach remnant, patients feel a sense of fullness even after eating very small amounts of food.

A silicone balloon filled with liquid or air is called a gastric balloon. It is inserted into the stomach via gastroscopy. Its volume ensures that a feeling of satiety occurs more quickly when food is ingested. However, a gastric balloon is only effective with simultaneous changes in dietary and lifestyle habits and is removed after six months at the latest. 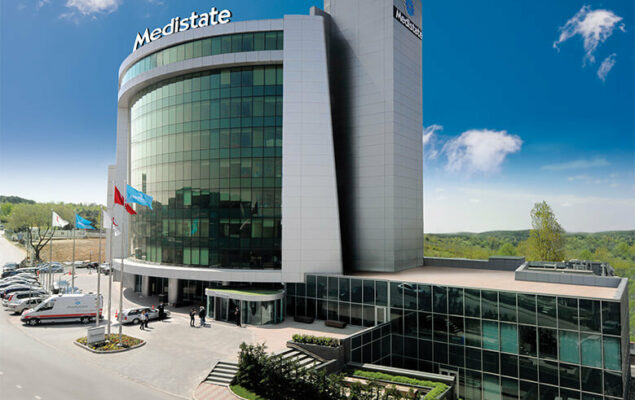 Medibeauty Clinic is a private clinic group of international standards in Istanbul with state-of-the-art infrastructure, offering its patients the highest scientific and technical standards. Our patients benefit from optimal care. The treatments performed are plastic surgery, laser eye surgery, bariatric surgery, artificial insemination, dental surgery and hair transplantation. The clinic has state-of-the-art operating and treatment rooms as well as a 24 h Day & Night Cafe. It is centrally located in Istanbul and can be reached quickly from anywhere in the city. As a patient, you can expect a comfortable and pleasant environment during your treatment. Medibeauty Clinic is affiliated with Medistate Clinic and has JCI certification, as one of the leading clinics in Turkey. 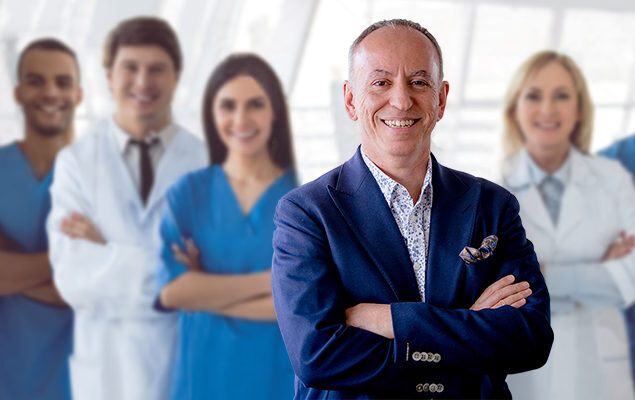 Many years of practical experience are among the most important success factors for a specialist in the field of obesity treatment. Our partner surgeon in Istanbul is Prof. Dr. Emin. He has an excellent international reputation and many years of experience in the field of obesity treatment. After his impressive career at Gazi University Medical School, we were able to attract Prof. Dr. Emin to Medistate Clinic in 2016, where he is the head of the Obesity Center and the Department of General Surgery. He also served as Director General and President of the Obesity Center of Turkey from 2016 and 2018. He is fluent in English and is the father of two children.

Surgical therapy is the only effective long-term treatment for morbid obesity in patients with a body mass index > 35 and the corresponding concomitant diseases. However, different medical requirements must be met for surgery in each patient. These include aspects such as weighing the surgical risk, the ability to cooperate, consent to the necessary lifelong aftercare, and the declared will to undergo the dietary requirements.

The costs for bariatric surgery are only covered by health insurance in individual cases. The hurdles for this are high: the patient must have a BMI of at least 40 or a BMI of 35 for more than three years with concurrent secondary diseases. In order for the costs to be covered, the patient must submit an application together with the physician, which must include a medical certificate.

Risks cannot be ruled out, as with all surgeries. Anesthesia is riskier in obese people than in people of normal weight. Since obese people often have concomitant diseases such as heart or circulatory problems, the risk of infections or bleeding increases.

This includes first and foremost very extensive laboratory examinations. If not already done, a gastroscopy. ECG and X-ray examinations are performed on request of the anesthesia, in individual cases also a lung function examination. Everything else depends on the personal risk profile.

Upload your photos and get a free quotation!Request information file!Callback Service

You can find more information about us at: