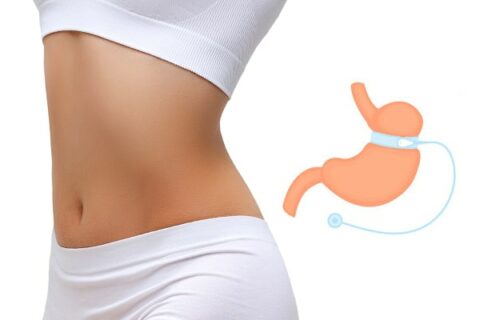 Gastric banding is usually a band made of silicone that is placed around the upper part of the stomach to limit food intake. It is designed to help severely overweight patients reduce their weight. And more and more are doing so. More than one million people in United Kingdom suffer from extreme obesity. Obesity, or adiposity in Latin, often limits the quality of life. Consequential diseases such as high blood pressure, diabetes mellitus and cardiovascular disease often shorten life expectancy. If a patient does not manage to reduce his or her extreme obesity despite dietary changes and exercise, gastric banding can be a treatment option in the spectrum of obesity surgery, in addition to gastric bypass, tube stomach, gastric balloon or gastric pacemaker.

For Which Patients is Gastric Banding Recommended?

First and foremost, the prerequisite for gastric banding is that the patient suffers from severe obesity. The doctor must classify it as “pathological.” One aspect is a body mass index (BMI) of more than 40 or a BMI of more than 35 with pre-existing health problems caused by the excess weight. The second requirement is that all weight loss treatment measures should have been exhausted that do not require surgery. Because gastric bands are easy to remove, they are particularly suitable for young and highly motivated patients. However, structured follow-up care is required. It can also be used in patients under eighteen years of age if the conditions are met.

Very motivated patients can lose more than half of their excess weight within two years with the help of the tape. This has been shown in numerous studies. At the same time, the quality of life often improves because concomitant diseases of the metabolic syndrome such as diabetes, breathing problems during sleep or increased blood pressure are eliminated. The patient’s commitment is required for the weight loss effect with the gastric band. Weight loss can only be achieved with permanent changes in eating habits. The patient should largely avoid the consumption of sweets or high-calorie drinks. This is because both the drinks and, for example, chocolate can easily pass through the constriction and thereby trick the feeling of satiety.

The gastric band is a band usually made of silicone. It is placed around the upper part of the stomach. There it forms a small “forestomach” to form. This forestomach can hold only a small amount of food. As a result, the gastric band prevents the patient from eating large amounts of solid food at one time. The band leads to a faster feeling of satiety. If he tries to eat more, there is a feeling of pressure in the upper abdomen and he may have to vomit.
For some years now, only adjustable gastric bands have been used in Turkey, which have a fluid chamber. Saline solution is filled there from the outside via a so-called port system. This port is a balloon that is inserted under the skin. It is usually located in the upper abdomen under the skin and is connected to the gastric band via a tube. Through the port, the surgeon can change the amount of fluid in the band and adjust the width of the band. A well-adjusted band should result in the patient being satiated after only a small amount.

Gastric banding surgery in Turkey is performed almost exclusively through an abdominal endoscopy, or laparoscopy. This minimally invasive procedure does not create a major surgical wound. During general anesthesia, the surgeon inserts the band and port through small incisions. The operation usually lasts one hour. The patient can usually take in fluids on the first day after surgery. He can leave the hospital after two to three days. After four to six weeks, the band is adjusted in width for the first time. According to current studies, the gastric band can remain in the body for life.

Complications from the Surgery

Complications can arise during the procedure and anesthesia, mainly due to the patient’s obesity and concomitant diseases. In detailed preliminary examinations, the personal risk is assessed. Immediately after the procedure, as with any surgery, wound healing problems and infections may occur. High-calorie drinks and sweets should remain the exception despite gastric banding.
In United Kingdom, health insurance companies cover the costs of gastric banding if the medical necessity has been sufficiently proven. In addition, the insurance companies require that the patient has already made a medically controlled weight loss attempt, for example through cures or medically controlled diets. Hormonal or psychological causes for obesity must be ruled out.

Advantages and Disadvantages of Gastric Banding

Advantages:
-The gastric band is filled with a saline solution and therefore can be flexibly adjusted after surgery
-A gastric band is a gentle surgical procedure. Because the stomach and digestive tract remain unchanged, there are fewer problems absorbing nutrients.
-It is possible to remove the gastric band again and thus reverse the operation. Therefore, it is a reasonable alternative especially for young women who wish to have children.
-As a rule, the body weight decreases by about 10 to 25% in the first year after insertion of a gastric band. Even in the second and third year after the procedure, the weight may still decrease somewhat.