How eye diseases make themselves felt in everyday life

Eyes are among the most important sensory organs. Therefore, eye diseases must be detected early. We explain how they become noticeable in everyday life.

About 285 million people worldwide are visually impaired. In Germany about 1 million people are affected. The most common diseases that can lead to severe visual impairment or blindness are Macular degeneration, diabetic retinopathy, cataract, glaucoma. Below you will learn what the causes of the most common eye diseases are and how this affects the daily lives of those affected.

In Germany, AMD (age-related macular degeneration) is considered the most common cause of people going blind. This eye disease is commonly called age blindness. 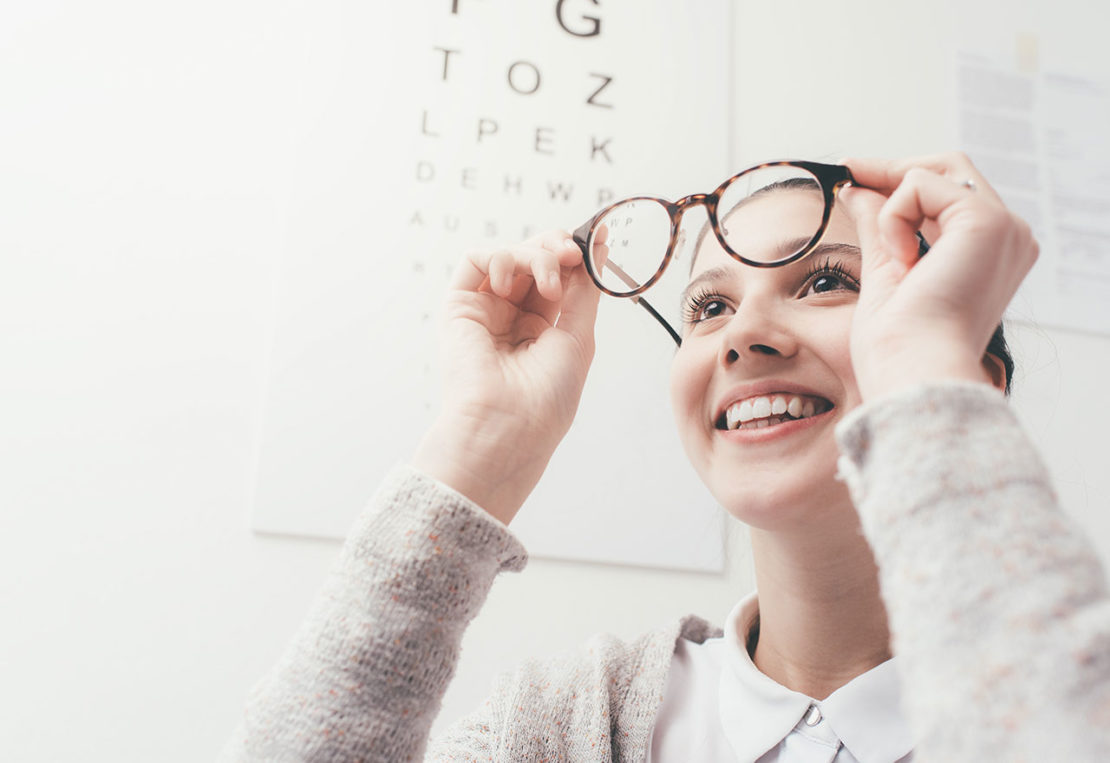 Since the exact point of sharpest vision is damaged, people with AMD, a mobile phone display can no longer focus.

The same problem occurs when someone is standing right across from them. Because with AMD, you can’t see their face clearly even though they’re right in front of you.

If you have macular degeneration, you will also find it difficult to make choices at the counter, for example at the bakery.

The cause of this retinopathy is diabetes mellitus. In this retinal disease small blood vessels in the retina are damaged. This can lead to retinal detachment.

A typical effect of the so-called “diabetes eye” is the irregular spots in the field of vision.

If you suffer from retinopathy, you will most likely not be able to read on reflective displays because of the light sensitivity.

If the disease is more advanced, people will only recognise goods in the shop counter that differ from the others in shape and contrast.

When paying, people with a retinal disease find it difficult to distinguish coins.

Cataracts, known as cataracts in the technical language, can usually be treated. Nevertheless, in poor countries cataracts are the most common cause of blindness. With this eye disease, the lens of the eye becomes cloudy. In most cases, the causes of lens clouding are certain aging processes.

If you suffer from cataracts, you see everything blurred and with little contrast. Things that do not stand out clearly from other things in terms of colour are difficult to see.

People with cataracts find it much harder to recognize and find everyday small objects because it is more difficult to distinguish them from others and the environment.

You feel unsafe on stairs because you cannot distinguish the steps well. This is especially true when you go down stairs.

An uneven floor or ground with possible obstacles is uncomfortable for people with “cataracts”, because such differences are difficult to perceive.

Even overcoming small obstacles without stumbling, such as curbs, can sometimes be a challenge.

Patients with cataracts have often given up trying to collect coins long ago. They now pay almost exclusively with paper money or cards.

Glaucoma refers to eye diseases in which the optic nerve is damaged. The causes can be quite diverse. Common to all glaucomas is that the production and drainage of aqueous humor is disturbed. This disturbance affects the intraocular pressure, which the ophthalmologist measures during glaucoma prevention.

The insidious thing about glaucoma is that you don’t notice anything in the early stages when glaucoma develops. In the beginning, the brain compensates for the missing edge of the image. …but it always assumes what is most likely. This makes people with glaucoma feel safe in traffic at first. But they often overlook people, cyclists or even cars when they cross a road, for example.

If any of the points or situations mentioned above seem familiar to you, you should definitely have them clarified. The best thing is to make an appointment at an eye clinic. We will gladly refer you to a clinic in Frankfurt. There you will get an appointment through us immediately – without long waiting time. Take advantage of this privilege!

With all eye diseases, at least the course of the disease can be slowed down considerably or stopped completely. Therefore, we would like to strongly advise you to have your eyes checked regularly. Prevention is better than aftercare!