The advantages of the modern Let-Down technique

Nose corrections have a firm place in the portfolio of modern cosmetic surgery. After all, the nose has a great influence on the overall appearance of a person. The olfactory organ sits centrally in the face and can place a great deal of strain on the affected person due to its size or shape. Not infrequently, the shape of the nose weakens the self-confidence of its owner. Only a correction can help. In recent years, so-called rhinoplasties have therefore become almost routine procedures that are frequently used. Apart from the classic “open” surgical technique, in which the nose is treated from the outside, the modern approach is increasingly moving towards the “closed” method. Here the surgeon relies on access through the nostrils and the tip of the nose does not have to be lifted.

Less swelling with the closed technique

With the “closed” technique, the surgeon usually makes small incisions in the nasal mucosa that leave no scars. This closed rhinoplasty requires many years of experience and a lot of manual skill. Because the entire operation takes place in the narrow tunnel of the nostril. But in contrast to “open nose correction”, the swelling is significantly reduced due to the reduced exposure of the tip of the nose. 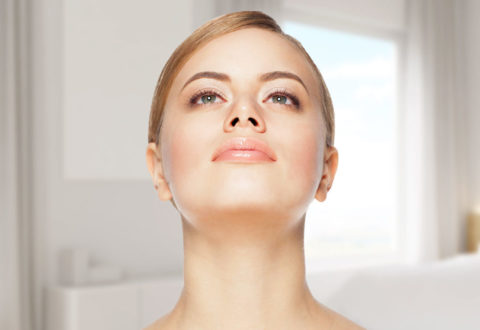 The “closed rhinoplasty” is performed without the use of a chisel or surgical hammer. First the nose is photographed at eight different angles. Possible results can be discussed using the pictures. There are plenty of alternatives: the nose sponge can be removed, the tip of the nose can be lifted or the bridge of the nose can be raised. Even possible asymmetries of the nostrils can be changed. In principle, however, the structure of the nasal bones remains unchanged.
If there are nasal humps on the nose, they are removed without hammering using special equipment. The bridge of the nose is then ground. The right and left side of the septum are cut lengthwise and then two horizontal incisions are made at the top of the nose. At the nostrils, the upper parts are separated with a longitudinal cut. Then bone grafts previously removed are inserted into the incisions at the septum.
The horizontal graft that holds the tip of the nose is fixed with a few stitches. Two further horizontal incisions ensure that the nose becomes even slimmer by subsequently compressing it. The entire procedure leaves no externally visible scars.

As a rule, with the “open” method, you can expect to have an operation of one to three hours. However, it can also happen that the operation requires more time. This depends on the complexity of the procedure. In order to prevent bleeding of the mucous membranes, the patient is given a vasoconstrictive agent during the anaesthetic.
If the shape of the nose is to be changed by “open” rhinoplasty, the skin and mucous membranes are temporarily detached from the cartilage and bone framework. The surgeon makes a small incision between the nostrils. At this point, the tip of the nose is “unfolded”. The advantage of this procedure is that the surgical field is open in front of the surgeon and he can perform the operation with high precision. Using special mini instruments such as hammer, chisel or scalpel, the surgeon removes the excess bone and cartilage framework in order to shape the nose, for example in the case of a hump nose.
After modelling the cartilage, the mucous membranes are sutured again with fine and self-dissolving sutures. In addition, the inner nasal passages are splinted with soft nasal tamponades or ointment gauze. The nasal skin is modelled with fine strips of plaster and the shape of the nose is supported by a splint made of plastic or plaster.
Each nose shape means different requirements
A long nose is shortened or the tip of the nose is reshaped. A crooked nose is almost always caused by an inclined position of the nasal septum, which can also impede nasal breathing. In this case, the straightening of the nasal septum is a prerequisite for the straightening of the outer nose. With saddle noses, on the other hand, it is necessary to build up the bridge of the nose. For this purpose, the body’s own material – e.g. cartilage from the nasal septum, the auricle or the rib – is used as far as possible.

Nose surgery before and after the operation

Regardless of whether the “closed” or the “open” method is chosen – before the operation the patient always undergoes a preoperative examination with blood collection, ECG examination and analysis of his or her state of health. The operation itself is performed under general anesthesia. At least one overnight stay at the clinic should be taken into account. A few days after the procedure, the patient can resume normal everyday activities. Initially, the nose is still supported by special supporting plasters. However, these can be gradually removed after two weeks. Tampons are inserted into the nose instead of tampons. Patients who have opted for the “closed” variant do not have to worry about external scars. However, scars from the “open” technique should not be exposed to intensive sun or solarium radiation for two to three months.